Join us on Zoom on August 5 at 2pm EST for a members-only program with Joe O’Byrne, the latest in our Coffee With a Director series. Joe is the director of our current Performance on Screen The Cordelia Dream and we’re excited to chat with him about this production as well as his incredible career.

His plays include Departed, The Ghost of Saint Joan, The Sinking of the Titanic and Other Matters, It Come up Sun, En Suite (Abbey/ Peacock), and The Article (Altes Schauspielhaus, Stuttgart). He has directed many plays and adaptations including Frank Pig Says Hello, adapted by Pat McCabe from his novel; The Butcher Boy; Oscar Wilde’s The Picture of Dorian Gray at Irish Repertory Theatre, New York, and The Woman Who Walked into Doors by Roddy Doyle. At the Gate Theatre, Dublin, he directed The Dumb Waiter by Harold Pinter as part of the first Pinter Festival. Most recently he has directed Nighttown by James Joyce, his own play McKeague and O’Brien present ‘The Rising’, The Leaves of Heaven by Pat McCabe, and his own play Enough. Film and television work include “Korea,” “Pete’s Meteor,” and “An Brontanas/The Gift,” and for radio, Old Punks Rule, The Blue Hyacinth and Yardstick. 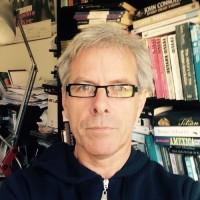 Coffee With a Director: Joe O’Byrne