Actors Caroline Strange and Sarah Street will join director Nicola Murphy for this exclusive digital member event. Caroline previously appeared at Irish Rep in London Assurance, our recent reading of an adaption of An Ideal Husband, and just came from Redhouse Arts where she starred as Lady Macbeth in Macbeth. You may know Sarah from a number of our productions, including Conor McPherson’s Dublin Carol and The O’Casey Cycle. She was recently seen on Comedy Central’s Inside Amy Schumer, Enda Walsh’s Afterwards at Irish Arts Center, and John Breen’s Alone it Stands at 59E59. Nicola Murphy is our Artistic Associate, who has performed on Irish Rep’s mainstage, directed our O’Casey Cycle’s Reading series, and directed New York Times Critics’ Picks A Girl is a Half-formed Thing and Pumpgirl in our studio theatre.

Please join us for what is sure to be a delightful conversation with these three talented artists. We are eager to discuss their upcoming New York Premiere of Jaki McCarrick’s Belfast Girls with you! 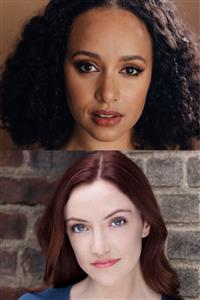 Coffee with the Actors: Caroline Strange and Sarah Street