Join us on Zoom on Tuesday, August 16 at 2pm ET for a conversation with The Butcher Boy cast members Nicholas Barasch, Polly McKie, and Christian Strange to discuss their careers and their roles in this World Premiere musical. Nicholas Barasch has performed at Irish Rep in A Child’s Christmas in Wales, and most recently starred as Orpheus in the First National Tour of Hadestown. He has been seen on Broadway in the 2009 revival of West Side Story and the 2016 revival of She Loves Me. Polly McKie was most recently seen on Irish Rep’s stage in The Streets of New York, and some of her other credits include The Daughter-in-Law, A Day by the Sea, and A Lovely Sunday for Creve Coeur. Christian Strange is a graduate of Carnegie Mellon University, and his Off-Broadway credits include Sunday at the Atlantic Theater Company. Please join us to discuss this thrilling musical with the talented performers bringing it to life. 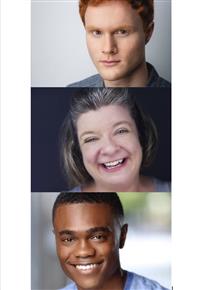