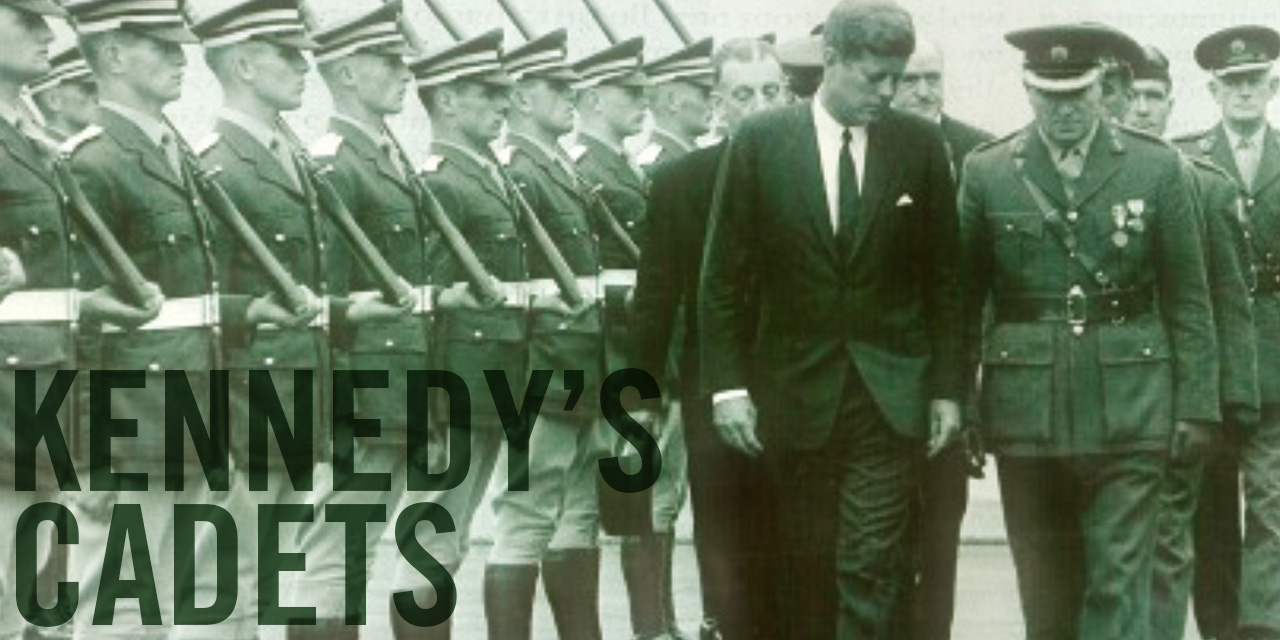 A documentary screening + Q & A

Presented in partnership with the New York Irish Center

Directed by Geraldine Heffernan
Produced by NemetonTV for TG4

In the summer of 1963, during John F. Kennedy’s historic visit to Ireland, he was fascinated by the Irish Cadets and their dignified drills. JFK requested a film reel of these drills to be sent to the White House. When tragedy struck on November 22nd of the same year, Jacqueline Kennedy personally requested that the drill be performed at the burial of her late husband. The young Irish Cadets were bundled on to a plane and told very little about their mission.

Kennedy’s Cadets tells the extraordinary story of this group of Irish teenagers, who in the space of 48 hours found themselves catapulted to the forefront of the world’s media, standing beside the grave of the most powerful man in the western world.

In a truly emotional epilogue to the story, in 2008, three of the members of that cadet class returned to the gravesite where they stood with their classmates 45 years ago. At that time, TG4 commissioned Nemeton TV to produce a bi-lingual documentary – Kennedy’s Cadets.

The New York Irish Center and Irish Repertory Theater are proud share this documentary with a New York audience this November, marking 55 years since the assassination of President Kennedy. After the screening, there will be a Q & A with researcher Paula Uí Uallacháin, Lieutenant Martin Dockery (retd. ‘The Old Guard Regiment’ of Fort Myer, who hosted the young Cadets, and two of the original Cadets: Colonel William Nott (retd.), and Lieutenant Colonel Micheal McGrath (retd.)

*Members can log in and reserve their free tickets online via the link above.