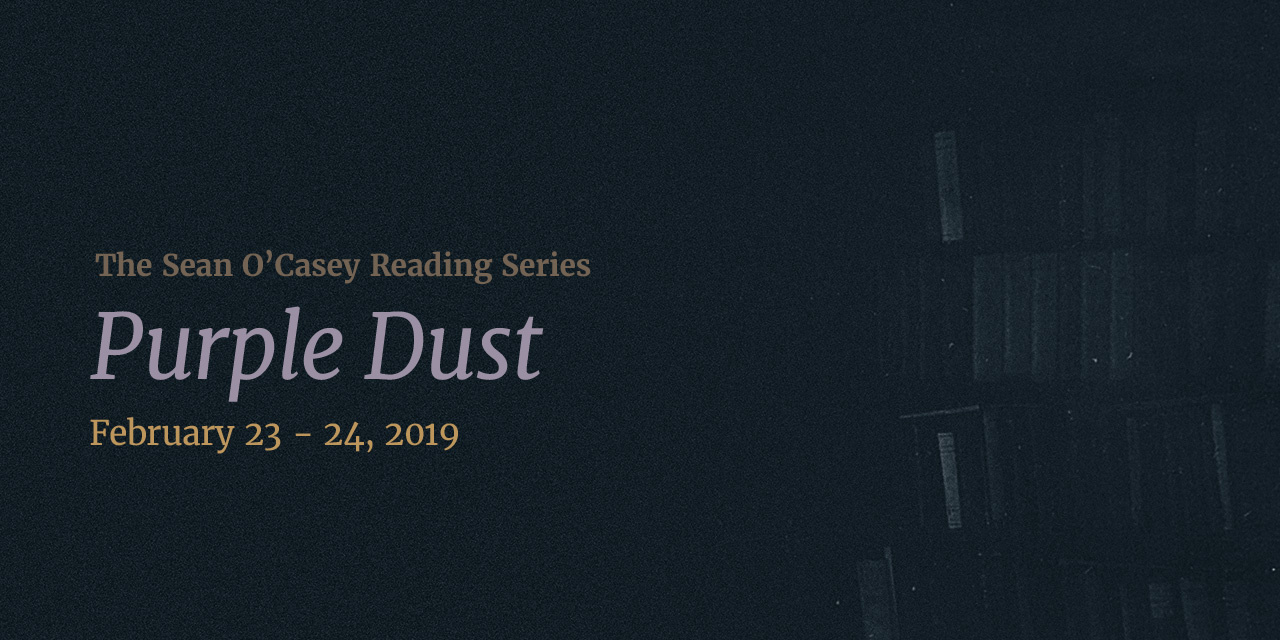 In the comic, mock-pastoral Purple Dust, two bumbling Englishmen move to rural Ireland after making a fortune through dubious business enterprises. They buy an old Irish mansion and plan to live off the land with their Irish mistresses. However, they are quickly outwitted by the country people they plan to exploit. Merry mischief ensues in this high-spirited satire.

Purple Dust was the first of O’Casey’s comic pastorals, which he would go on writing for the rest of his career. Although published in 1940, its mockery of the British prevented the play from being performed during World War II. It was first performed in 1945 by the Liverpool Old Vic Company, and in 1956, it was staged off-Broadway at the Cherry Lane Theatre in New York to wide acclaim and popularity. It became O’Casey’s longest-running play after more than a year of performances.

Sean O’Casey is an Irish dramatist renowned for his innovative playwriting style, which balances deeply comic and tragic elements in an atmosphere of stark realism, with emphasis on characterization of working and lower class Dubliners. O’Casey … END_OF_DOCUMENT_TOKEN_TO_BE_REPLACED